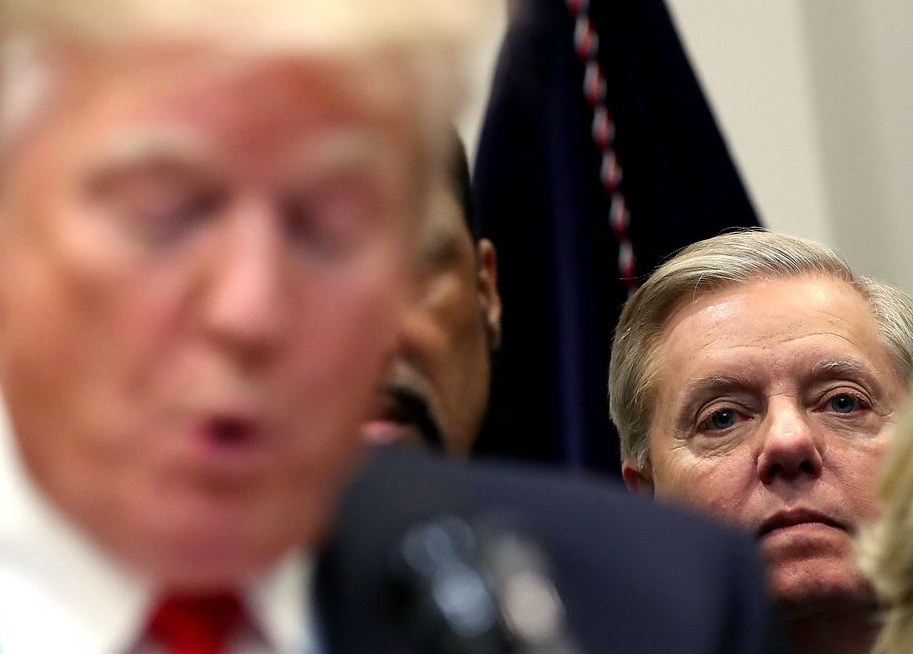 South Carolina Sen. Lindsey Graham is known to be one of the core Donald Trump supporters since 2016 and he still openly supports him in every single occasion. Although Graham has supported Trump in the past few months regarding the false accusations over the voting process, it looks like he got over it and now urges the former president to do the same.

Trump still pushes his well-known theories of how Democrats stole the election, but the never-ending narrative is hurting someone else, his voters and supporters.

Many GOP representatives already cooled down in regards to the latest election and South Carolina Sen. Lindsey Graham apparently is the latest to join the list. Graham has offered a warning to former President Donald Trump that the violent insurrection his supporters carried out against the U.S. Capitol could be his “political obituary” if he doesn’t get over his 2020 election loss.

The warning comes after more and more Trump supporters are being charged for the January 6 Capitol events when the president asked them to “fight like hell” and to march to the U.S. Capitol in a bid to keep him in office. That was the day when both chambers of Congress met to formally certify President Joe Biden’s Electoral College victory.

It was not that long ago and we remember very well what was the atmosphere in front of Capitol Hill that day when thousands of furious and aggressive Trump supporters headed to attack the US Capitol to stop the Biden inauguration, even threatening to kill then Vice President Mike Pence and Speaker of the House Nancy Pelosi.

“What I say to him is, ‘Do you want January the 6th to be your political obituary? Because if you don’t get over it, it’s going to be,” Graham said to New York Times in an article published over the weekend.

Numerous times, Trump spoke favorably of his supporters who attended the nearby rally directly prior to the insurrection. This was once again confirmed in a July Fox News interview where he didn’t address the riot specifically, but backed-up his support in his known Trump narrative.

The former president praised the “spirit and faith and love” of the attendees of the January 6 event, saying “there was such love at that rally.” He also described Capitol rioter Ashli Babbitt—who was shot and killed by a law enforcement official during the Capitol assault—as an “innocent, wonderful, incredible woman.”

House Democrats, backed up by ten House Republicans, voted to impeach Trump for inciting the violence of January 6, but despite their effort, they fell short of the two-thirds required reaching only 57 votes. However, their effort will be remembered as the most bipartisan impeachment and conviction votes against any president in US history.

Trump’s fellow GOP colleague Graham didn’t vote for Trump’s impeachment and stated that Trump had major role in the Capitol riots, but he never specifically said if he was the one to blame for the events. In February he even said that Trump will be remember as the president involved for the insurrection.

“Well, I mean, he’s going to have a place in history for all of this,” Graham told CBS News’ Face the Nation at the time.

Despite everything, Graham managed to stay close to Trump and supports all his policies. Graham said that Trump is the leader of a new, modern GOP saying GOP is “Trump’s party” and the person GOP needs to move forward achieving more successes in the future.

Freedom of choice means nothing: Biden rating is seeing historical minimum as he announces vaccine requirement for nursing home workers

Tyson Foods joins the ‘vaccine requirement club’, Covid-19 vaccine for all US workers