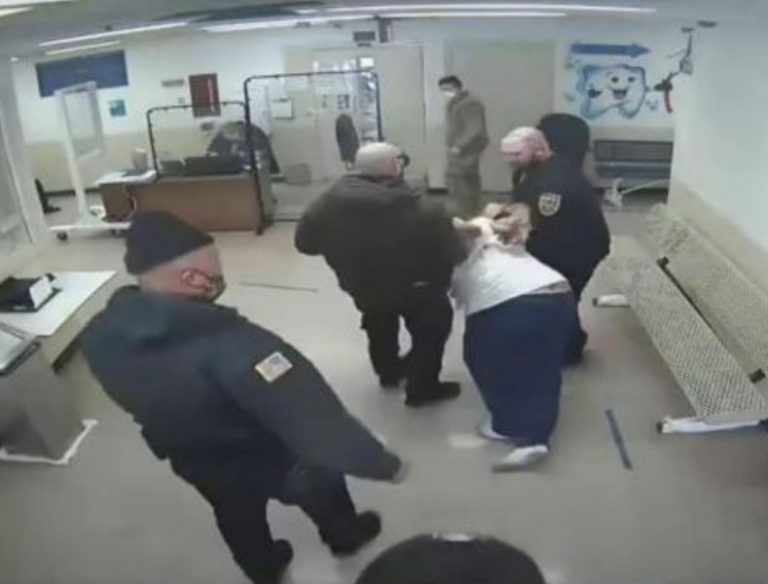 Fights that sometimes result with deaths between inmates is not something that we are not aware of and numerous of such cases are reported in the prisons across the country on a daily basis. Reasons for these are different, but what we are not used to hear often is prison guards to be involved in fights or abuse of inmates that result with death.

Incidents like this should not happen especially because the prison guards are trained to maintain order and peace and to enable inmates to serve their sentences safely while in jail, and certainly not to be the ones who cause the incidents, like the one which recently happened in one prison.

Due to an incident like the above mentioned, several prison guards employed at a prison in Ohio have had their employment contracts terminated after a Black prisoner died in a custody back in February.

According to the correctional agency, the contracts of the prison guards were terminated following the investigation that revealed that the guards used excessive and unjustified force while beating a Black inmate, causing him multiple injuries which later showed as life-threatening and fatal.

The Ohio Department of Rehabilitation & Correction terminated the contracts of one licensed nurse, the supervisor and five corrections officers believed to be directly involved in the death of the Black inmate identified as the 55-year-old M. McDaniel.

The whole incident was recorded by a security camera in the jail and the footage was released by the agency showing that McDaniel was pushed down to the floor multiple times, received several punches all over his body by the prison guards and collapsed.

After releasing the security footage, the director of the correctional center, A.C. Smith said in an interview to reporters that they are taking full responsibility of the incident and feels sorry that things like this happen. She also expressed her condolences to the family of the inmate.

The disciplinary records show that one of the involved prison guards unnecessarily pushed the inmate down to the ground while being escorted outside. Due to the take-down, he went flying off the walking path and landed on the snow with his face down. The records also show that McDaniel was taken down to the ground 16 times and many of them were avoidable as at the most of the encounters, many of the officers were present and just observed the incident.

Just when he exited the prison medical center, he fell down and completely collapsed on the ground forcing the guards who were escorting him to immediately call an ambulance for help. Unfortunately, despite the fact that the guards tried to save his life with performing a CPR on him, the man died while the guards were still waiting for the ambulance.

A licensed nurse tried to cover the neglect of care, and the medical examination of the inmate which lasted only one minute, by signing a medical document that McDaniel refused treatment. However, the records state that the nurse was not able to hear McDaniel refusing treatment as she was not inside the exam room.

An autopsy performed on McDaniel’s body showed his whole body suffered significant injuries including multiple rib fractures and also a heart disease. Authorities said that three other employees which were also involved in the incident resigned previously.

Total of ten prison employees were involved in the death and later trying to cover the whole incident. Three of them resigned earlier this year even before the investigation about the case was completed, while the seven other involved prison workers officially got their contract terminated earlier this month. The public is furious regarding the incident and expect the county prosecutor to press charges against all of the involved prison workers.

Undergoing investigation for the Friday’s homicide in Little Rock, police

Mentally ill woman admits racially profiling a boy and a girl and attempt of killing them, will spend the rest of her life in prison