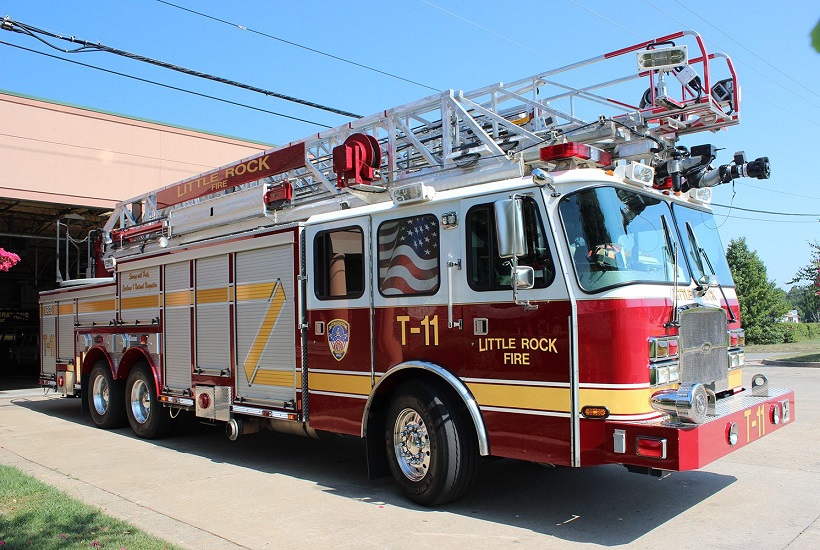 Little Rock, Arkansas – According to the Little Rock Fire Department, crews responded to a house fire near Rogers Street and Middle Street around 1:20 a.m. on Sunday following a 911 call in regards to a house fire.

The fire was put in control shortly after the fire crews’ arrival and they confirmed that the fire came from the back of the home and made its way through the attic.

Luckily for the owners, no one was injured in the fire incident and the house is not completely destroyed. However, two neighboring houses were also damaged before the fire was extinguished.

At the time of the incident, two minor children aged 9 and 11 were at the house. When they noticed the fire, the 11-year-old rushed to their neighbor asking for help. The neighbor called 911 reporting the fire and helped them escape to safety.

“There was another fire at the same time in another city or around the same time period,” Free said. “It may or may not be related, so we’re working on trying to determine if those two fires are connected together or not. We’re trying to rule out if this is an intentionally set fire or if it’s just coincidental or an accident.”

Roxanna Pacheco was the neighbor who sheltered the two children. At the time when the 11-year-old knocked on her door, she was half asleep. When she opened the door, the minor was nothing but frightened.

“She was scared because she told me that she could smell the smoke and she heard somebody breaking the glass to get in the house,” Pacheco said.

“The little girl had enough smarts to where she knew to get out of the window,” Pacheco said. “She came out of the window because the front door was still locked when the fire department got there.”

Pacheco is also very happy that her home was left undamaged since the flames were the largest flames she has ever seen in her life. The fire was very close to her house.

Officials with NLRFD said if anyone has more information about the fire they are urging the public to call the fire department at 501-340-5377.

Sunday night shooting in Little Rock results with two people dead found in a car outside Arkansas hospital and one injured, report